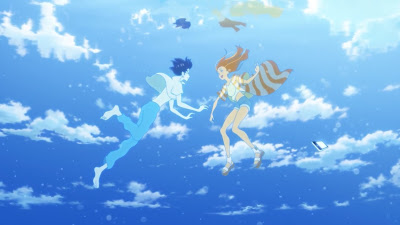 This is the most wholesome and uplifting movie I've seen all year. The animation style takes a bit getting used to if you're unfamiliar with Masaaki Yuasa's previous work, but it is flat-out gorgeous at times. The host that introduced the movie warned us the song used throughout would be an earworm, and ain't that the truth. (5 out of 5 stars)

What sounds like a ridiculous premise turns out to be a quiet, yet unnerving piece of work about a woman trying to regain some control in her life. (4 out of 5 stars)

Movie 3: THE VAST OF NIGHT 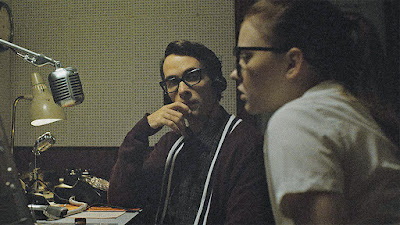 Despite its well-done homage/spoof of THE TWILIGHT ZONE aesthetic in the intro and end sequences, it doesn't fully feel like an episode of the show at all. It's merely a set dressing. There are at least three "oners" with the camera just sloooowly zooming in on a character as they talk on and on, and I almost fell asleep on each of them. When something genuinely exciting and creepy finally happens, the movie ends. So it's both too long and too short. (3 out of 5 stars)

The twist here is that the twist is so obvious that there has to be another twist, but there isn't. Another mediocre entry in the Netflix pantheon. (2 out of 5 stars)
at September 24, 2019