I finally got to watch a Korean film at the fest that's Korean-themed for this year, on the final day no less. Also got to see a Chinese film, so I went out with an Asian bang. Hmm, that sounds weird. 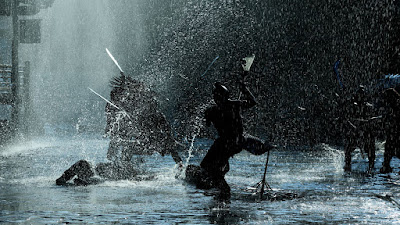 I haven't seen THE GREAT WALL, but it's probably safe to say this is Zhang Yimou's triumphant return to the wuxia genre that he helped introduce to the West along with Ang Lee... or is it? The first 2/3 of the film is pretty much a historical drama with a healthy dose of political intrigue. But once you get to the last act, swords and umbrellas(?!) start clashing in a typically glorious fashion that you're used to seeing from Zhang. The look of the film is amazing -- the muted black and white (and grey) colors, the beautiful costume design, and the impeccable production design. Again, not at all unexpected if you've seen HERO and THE HOUSE OF FLYING DAGGERS. Welcome back, Mr. Zhang. 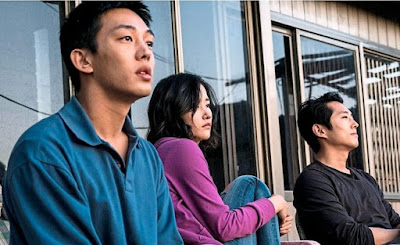 I'm sure there are many layers to this movie that I'm currently struggling to comprehend; all I know is, I liked it. A lot. I need another viewing or two before I can form a more coherent thought on this. Also, this is Steven Yeun's best role and performance.
at September 27, 2018