2010 was not a great year for cinema. The funny thing is -- due to various factors like Netflix, SXSW, the Internets, and a wife that can keep up with my movie-watching -- I saw more films in 2010 than any other year of my life. But let's face the facts. Hollywood is in a creative rut right now. The studios only want to make remakes, sequels, superhero movies, and TV adaptations. Everything is PG-13. And you know what? They're not all to blame. Majority of it falls on the mainstream audience -- they tell the studios time and time again that they're only interested in crap. Just look at the top 10 box office list. There's only one original film (INCEPTION) in it.

This is just a long way of explaining why there are only four American films on my list, with the rest filled out by movies from Korea, Japan, Australia, Argentina, and France. What you won't find here is overrated Oscar-bait. *coughTHEKING'SSPEECHcough* 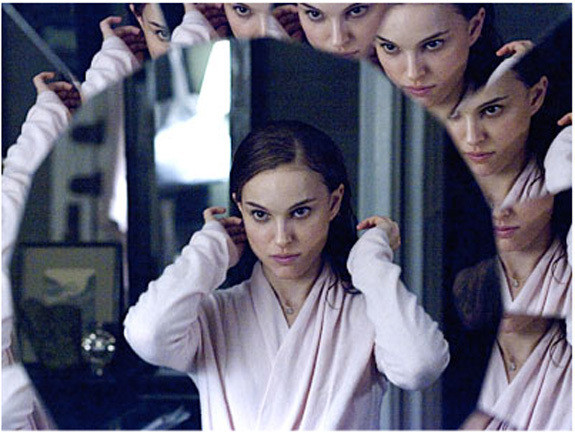 "I just want to be perfect."
The quest for artistic perfection is a trying process, to say the least. According to Darren Aronofsky, it could also make you go insane. Not the most original thought, but damn is it executed well or what? Natalie, I knew you had it in you. Still doesn't erase all the terrible memories of the prequels, though... 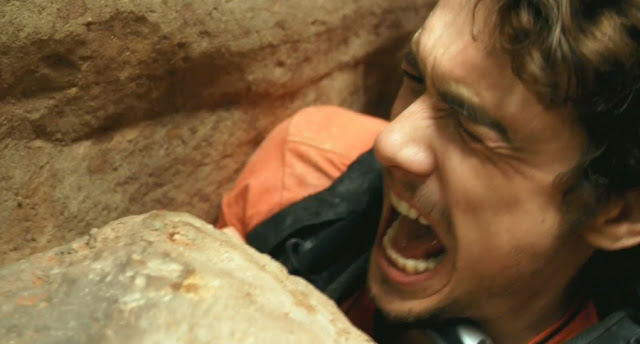 "This rock... this rock has been waiting for me my entire life."
How does a movie about a guy pinned under a rock for five days not bore me? Oh, it was directed by Danny Boyle? Nevermind then. James Franco rightfully deserved an Oscar nomination for what he pulled off here. (And should have won!)

8. THE SECRET IN THEIR EYES 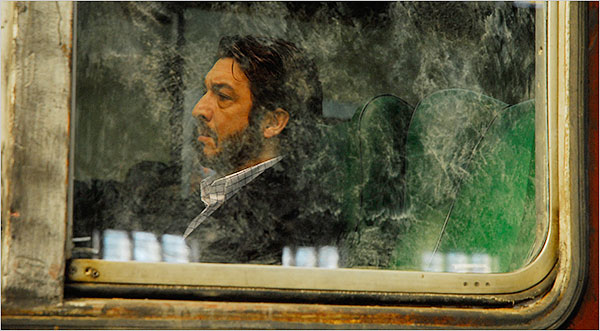 "If you keep going over your past, you're going to end up with a thousand pasts and no future."
First of four (!) films from 2009 that made it on to this list. It's just more evidence to back up my statement about 2010 not being so great. This flick from Argentina (land of the OMGWTFBBQ) won the Academy Award for Best Foreign Film in 2009, and deservedly so. The scene in the soccer -- I'm sorry, futbol -- stadium alone makes this movie worth watching. 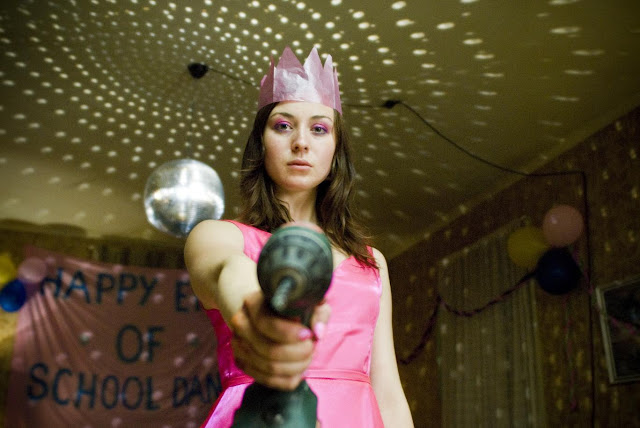 "You've got 10 seconds to go or Daddy's gonna nail it to the chair."
One of my highlights of SXSW was catching this unexpected Australian gem with the midnight Austin crowd. A horror flick that actually entertains. How can this still be unreleased here?!

6.  CASTAWAY ON THE MOON 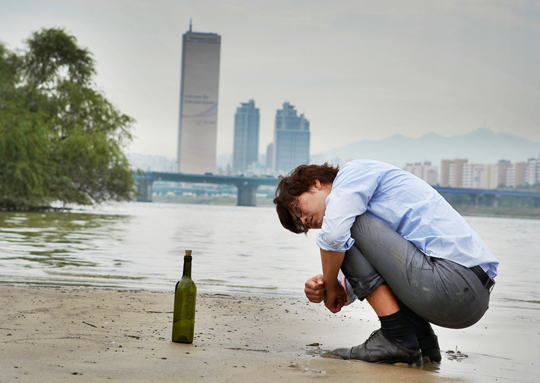 "It's poop!"
Do you know the single worst way to describe a film to someone? Use the word "magical". It's the WORST. So naturally that's the word I want to use for this movie. See it before the horrible American remake comes out. 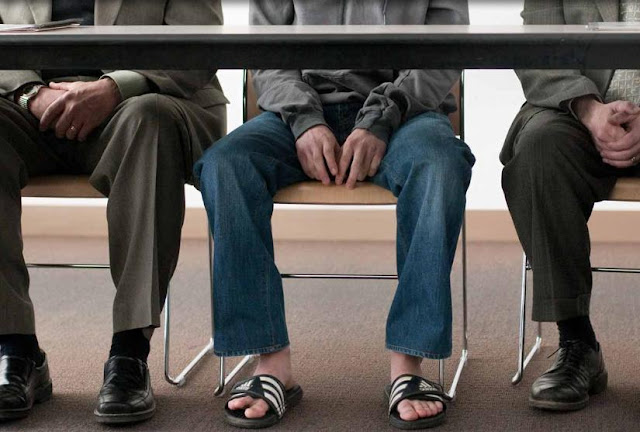 "Did I adequately answer your condescending question?"
Someone described this as "CITIZEN KANE for the Internet era" and I more or less agree. Most of us will never know just how much of the movie was true and how much was made up. But I'm pretty sure no one can talk the way Aaron Sorkin writes their dialogue. Except maybe Sorkin himself. Is it the best movie about an asshole, ever? Well, it's certainly better than FERRIS BUELLER'S DAY OFF.

"When is this acid gonna be hitting me?"
This ain't fun times at the movies. But it never is with Gaspar Noé. This is pure cinema. Do you want to know what it feels like to be on acid? Do you want to get your eyeballs fucked, literally? Do you want to see the best opening credits of 2010, if not ever? Enter the void. 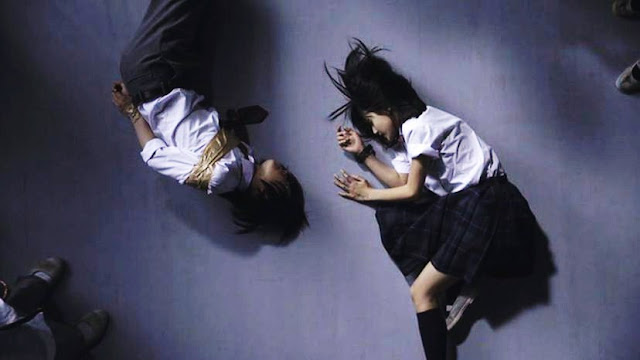 "This is my revenge."
No one makes movies quite like Asians, especially the Japanese. CONFESSIONS is a psychological thriller about a schoolteacher that wants revenge on the students responsible for her daughter's murder. (Why do you hate kids, Japan?) This film won the Japanese equivalent of the Oscar for Best Picture, Best Director, Best Screenplay, and Best Editing. And it was #1 in the box office for four straight weeks in Japan. It wasn't even nominated for Best Foreign Film here at the Oscars. Japan 1, USA 0.

2.  SCOTT PILGRIM VS. THE WORLD 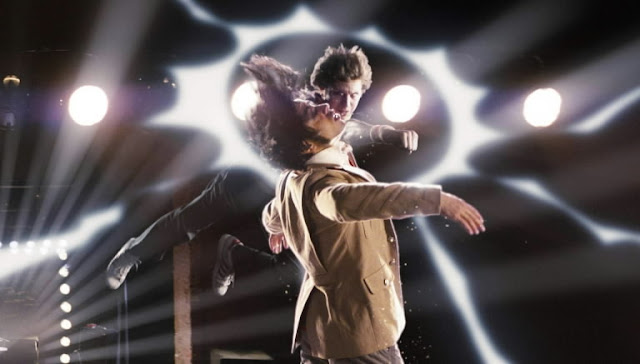 "You're pretentious, this club sucks, I have beef. Let's do it."
It's a shame that this movie failed so hard at the box office. #5 on its opening weekend? I weep for humanity. But seriously, this is why we get crappy movies. Once in a blue moon an awesome film will come out, actually backed by a studio with a solid marketing push, and no one shows up. (Except the Chos). Edgar Wright, you deserve better. Hell, Universal deserves better. 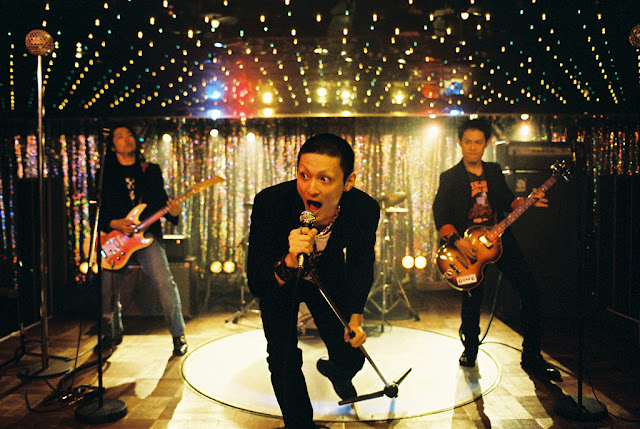 "I am a champion of justice."