We're already two months into 2009?! At least I'm getting this list in before the Oscars. Cut the small talk, let's get this started. 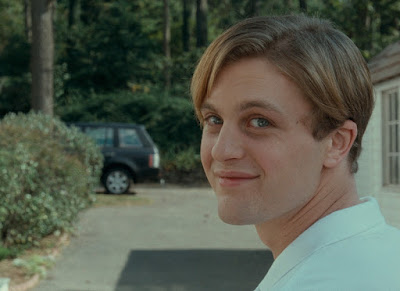 This is a shot-by-shot remake of the original, which was also directed by Haneke. Since they're nearly identical, I don't think I'll ever be watching the original. This is not a movie you can watch over and over again, unless you're a masochist. With that said, why is it on the list? Well, because frankly, it's brilliant. Haneke uses the film to criticize the thriller/horror genre(s), and I particularly liked the way he manipulates the audience while doing so. This is unlike any other movies out there. That could be a good thing or a bad thing, depending on who you are.

9. WALTZ WITH BASHIR
written and directed by Ari Folman 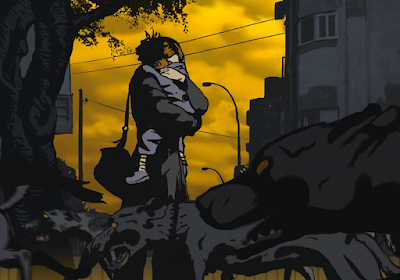 Why is this not nominated for a Best Animated Film Oscar? Finally, a true adult animated film gets made and it gets overlooked for more CGI kiddie flicks. At least it got the Best Foreign Film nomination. If you haven't seen this and you're skeptical, let me just say this: it's a masterpiece. The use of animation for this story is perfect. When was the last time you saw a documentary that didn't make you fall asleep? 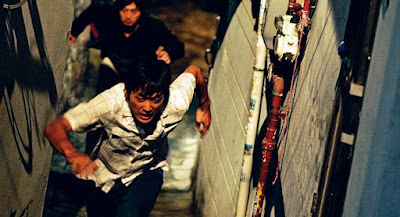 With a story loosely based on actual events that happened in Korea, this little movie puts a great twist on the serial killer genre. What's the twist, you ask? You really want me to spoil that for ya? Okay, all I'm going to say is that it doesn't waste too much time hiding the killer's face and identity. Still curious? Catch the original before it gets remade with Leonardo DiCaprio. I'm not kidding.

7. SON OF RAMBOW
written and directed by Garth Jennings 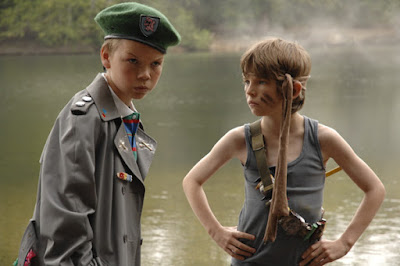 This was a big hit at my last movie night, and deservedly so. The story is great, the characters are likable, and the 80's soundtrack is awesome. What's not to like? I expect big things from Will Poulter, the boy who played Lee Carter. 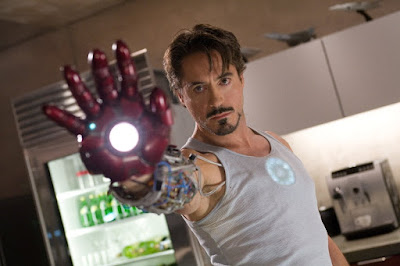 2008 was a sad year for many reasons, and one of those was the loss of Heath Ledger, who gave the best Joker performance to date. But look on the bright side, we still have Robert Downey Jr., who is the definitive Tony Stark. I hope this doesn't jinx him. How about a sequel to KISS KISS BANG BANG, Robert?

5. LET THE RIGHT ONE IN
directed by Tomas Alfredson
written by John Ajvide Lindqvist, based on his own novel 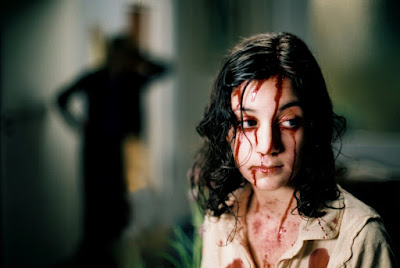 Two words: beautifully tragic. All you TWILIGHT fans: if you want to see a REAL vampire movie with romance, please put the books down, take off the Edward t-shirts, and go check out this film. The pool scene alone is worth the price of admission. 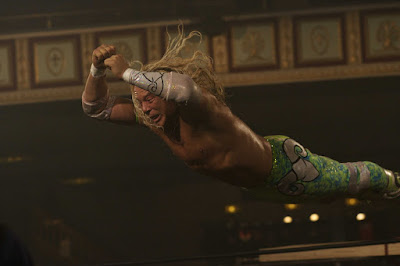 I have newfound respect for Darren Aronofsky after watching this film. It's such a simple story, yet told so skillfully. This movie will depress you. I'm going to be very surprised if Mickey Rourke doesn't get an Oscar for this. 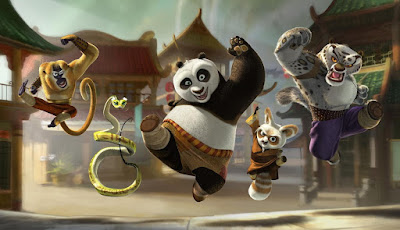 Every year, there is a movie that places high on my list that people are confused about. In 2007, it was SUPERBAD at #5. For 2006, it was NACHO LIBRE, again at #5. And in 2005, it was SKY HIGH at #3. What do they all have in common? They're comedies. Comedy is subjective, people. And every year, there's at least one comedy that I just connect with, that I unabashedly love, like it was made just for me. In 2008, it was this movie, a CGI flick about a panda that wants to learn kung fuuuuuuuuuuuUUuuUuUUUUUuuu. Most people are sick of Jack Black and his shtick, but I ain't. Especially in animated form. Keep 'em coming, Jack! 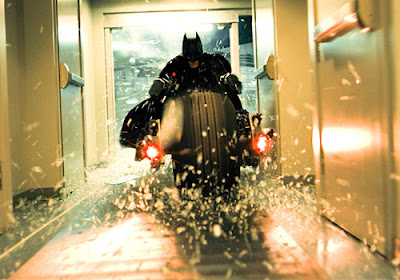 I don't think anyone would be shocked that this is on the list, although some may be surprised that it's not #1. Well, it was close. This was my #1 until December, when I saw... 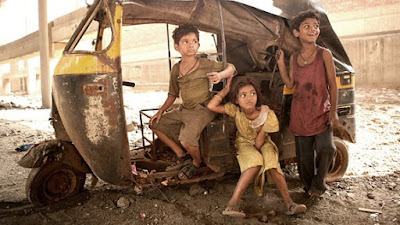 I'm not a shameless romantic like Johny, but I do enjoy romantic movies when they're well done. After being bombarded with movies with depressing stories and bleak and dour themes in 2008 and 2007, it was refreshing to see something filled with heart and hope. Sure it's a fairytale, but it's a well-made fairytale. A Dickensian story on an Indian setting. I loved it.

Here are some assorted "awards" for other 2008 movies that deserve recognition.