I'm in Austin! The first four days were spent with the fam. It was Edith's first time here but I'm not sure it was super memorable for her; we didn't even get to see the bats although we tried two nights in a row. Damn bats kept hiding and wouldn't come out! Now everyone's gone and I'm left alone to wallow in movies. Poor me. 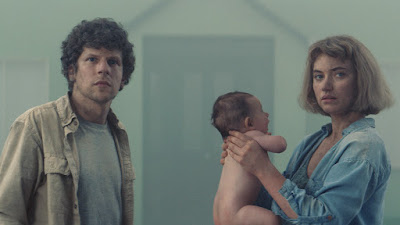 This is like an overlong Twilight Zone episode, with a bit of Junji Ito influence. That may sound cool, and it kinda is for the first 20 minutes, but the glacial pace hampers this down. I could only watch so many scenes of Jesse Eisenberg digging a hole in the ground before I broke down like the characters. Seriously though, this could have been a killer episode of TZ. (2 out of 5 stars)

Movie 2: IN THE SHADOW OF THE MOON 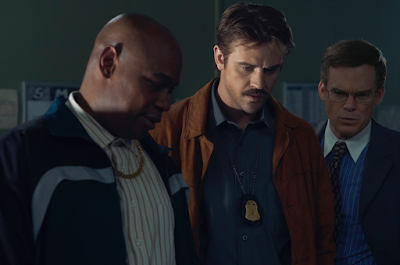 It's a solid police procedural / time travel mashup until it turns into something a lot more... cheesier. Also, no one can convince me that Boyd Holbrook is not related to Tim Heidecker. Their resemblance isn't quite at the level of Tom Hardy and Logan Marshall-Green, but it's up there. (3 out of 5 stars)

Movie 3: THE DEATH OF DICK LONG 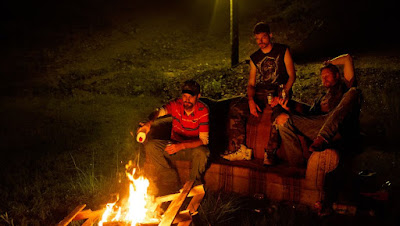 Another strange-but-funny-and-more-down-to-earth movie about friendships and all the good and bad that those entail, from one half of the duo that wrote and directed SWISS ARMY MAN, which was one of my favorite movies from 2016. It's filled with memorable characters, especially those on the periphery -- Officer Dudley fucking rocks and I need more movies with her in the main role. I'm serious. (4 out of 5 stars)

Movie 4: COLOR OUT OF SPACE 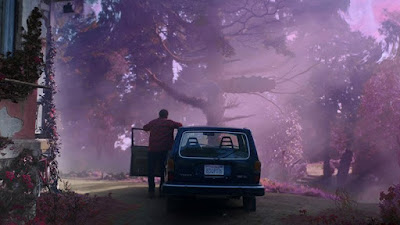 Nic Cage gives the same performance of a "nice but corny dad" that turns into a "screaming and manic dad" that he already gave in MOM AND DAD, but it was still very entertaining. And I guess it was nice to see Tommy Chong turn up in something even if it's the same old stoner role he's been doing his whole life. The story goes exactly where you think it will go if you're familiar with Lovecraft at all, but the journey there is fun and gross at times. (3 out of 5 stars)
at September 24, 2019