AKA. The first day of Fantastic Fest.
AKA2. This is where the real Austin trip begins.

I love Austin. I love the food, the vibe, and even the people. But that's not why I'm here. I'm here to watch movies, dammit. I'm here for Fantastic Fest.

Diana, Ray-Mysterio, and I will be spending the next four days gorging on genre films from all over the world while Eric and the others do their own thang. We love you bruv, but we gotta do what we gotta do.

THE TALE OF PRINCESS KAGUYA 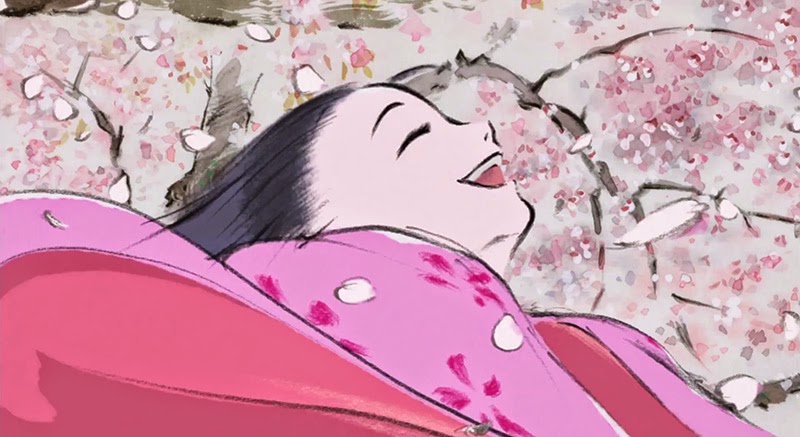 We began the festival in the safest, most inoffensive manner possible: with an animated film from Studio Ghibli. It's a slow-paced drama based on an old Japanese folklore, but animated in a gorgeous watercolor style, with beautiful music by Joe Hisaishi. I found the whimsy and the simple country life of the first half more enjoyable than the second half, which is focused on Princess Kaguya's struggle to adhere to her new life as a rich noble. Sadly, Studio Ghibli is going the way of the dodo, and this may be one of their last few films. It's a damn shame, really. Who else would make movies like this?  4 out of 5.

Not as scary as I expected after the hype coming out of Sundance, but it's still a solid horror film elevated by a pair of great performances from the two leads. Single mothers, you have it rough. Get enough rest and try not to get stressed out. And for God's sake, DON'T READ ALOUD SCARY POP-UP BOOKS TO YOUR CHILDREN BEFORE BEDTIME. 3 out of 5.

Brutal horror/slasher from Belgium about a troop of boy scouts being hunted by someone while they're camping in a remote forest. It has a good premise, interesting characters, and the killer uses elaborate Rube Goldbergian traps to hunt his prey. What's not to like? Well, the ending, for one. But the rest of it is really good! Hard to believe this is the director's first feature. Easily the highlight of day one. 4 out of 5.