The Texas heat and humidity are in full force. The thermometer may say 92 degrees, but the humidity makes it feel 10 degrees hotter.

We started the day in South Congress, the hipster district of Austin (which is like saying Beach/Malvern is the Korean district of Fullerton; the whole damn city is). We had brunch at Little Barrel and Brown. I forgot to take pictures so here's one I found on Yelp. He wasn't our waiter, but what a stud. 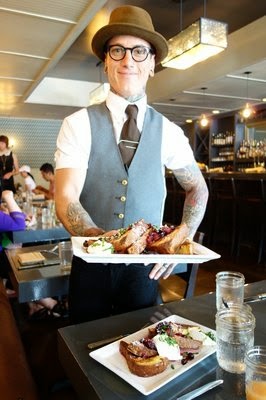 We walked around a bit, then went to Jo's Coffee for, uh, coffee. They're known for this wall: 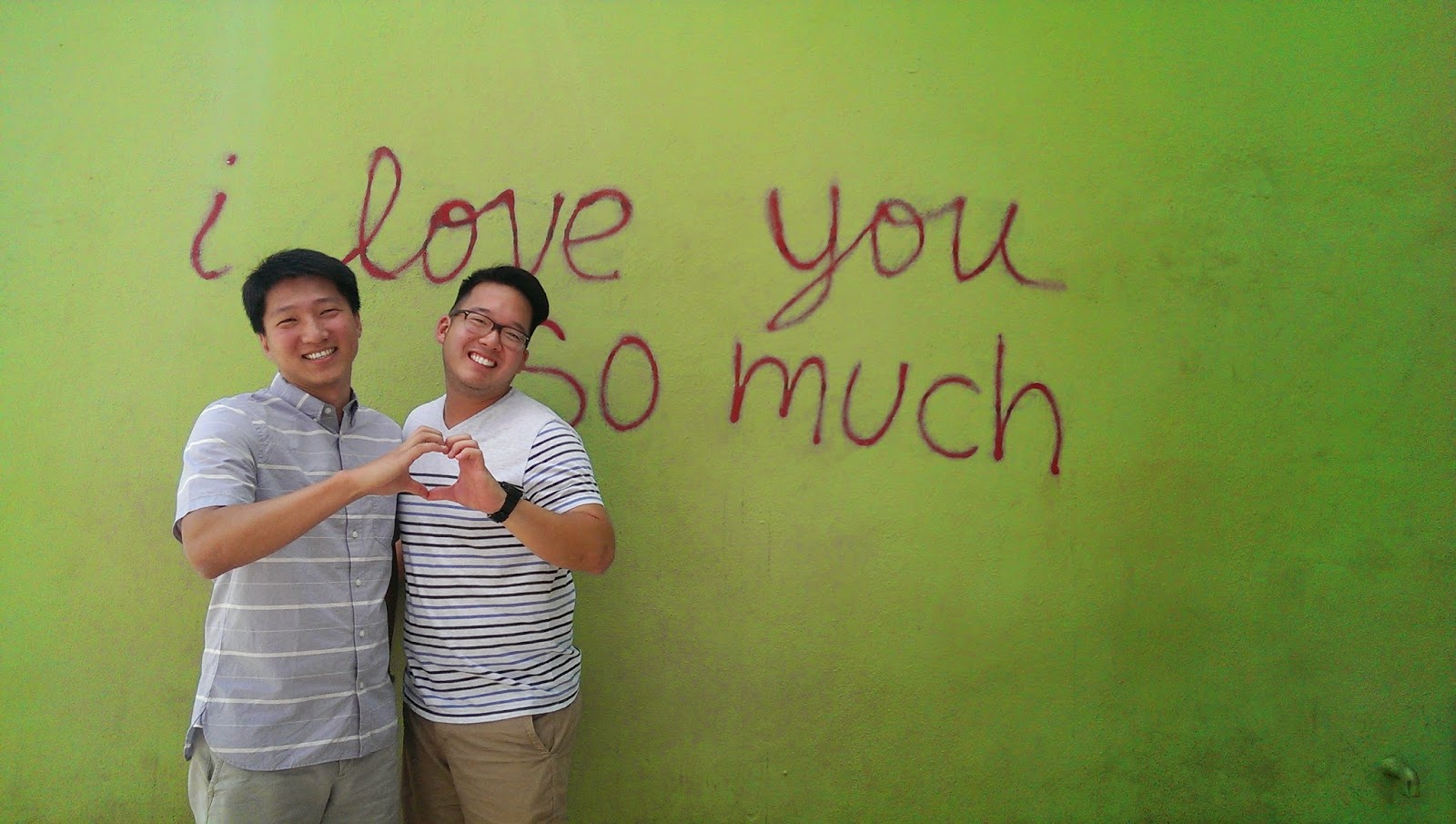 Diana and I had to pick up Raymond from the airport, so we left while the group stayed to enjoy their coffee. After picking up that stupid Raymond kid, we stopped by the Alamo Drafthouse to pick up our Fantastic Fest badges, then headed back to South Congress to rejoin the group. Ray-Barf was super-hungry, so we ordered couple of pizzas from Home Slice. Again no pictures, but Yelp comes to the rescue: 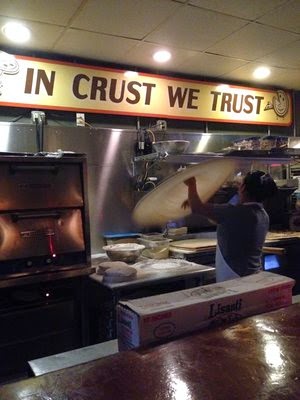 We took the pizzas to eat in the comfort of our temporary home. Diana, Ray-Dawg, and I had to work on our Fantastic Fest schedule while the others went out to get some groceries and brought back some yummy donuts from Gourdough's! Eric, why did you even bring the expensive camera if you're not going to take pictures of ALL THE GOOD THINGS?! 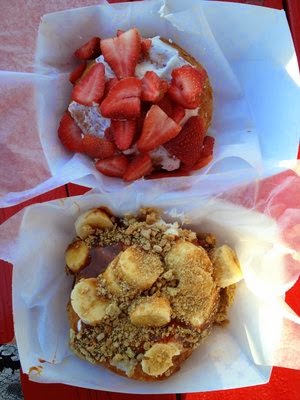 Overdosed on sugar and calories, we took a brief break from eating and decided to go out... to eat again. TIME FOR BBQ! TO THE SALT LICK WE GO!

The place was packed, but the wait was only about 10 minutes. As we walked over to our table, we passed the pits: 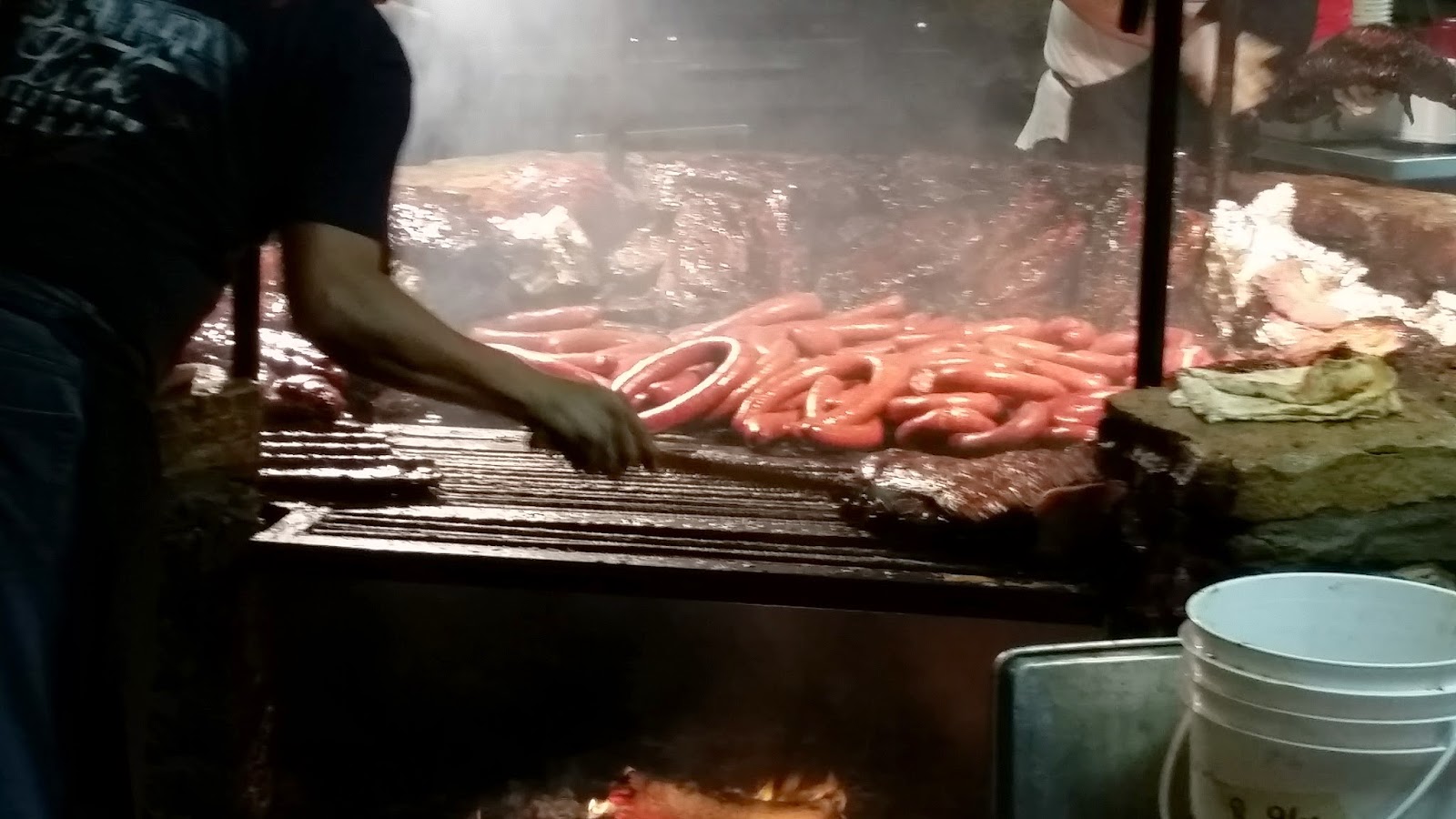 The word "excessive" doesn't exist in this dojo. Anyway we had some good ol' fashioned Texas BBQ. 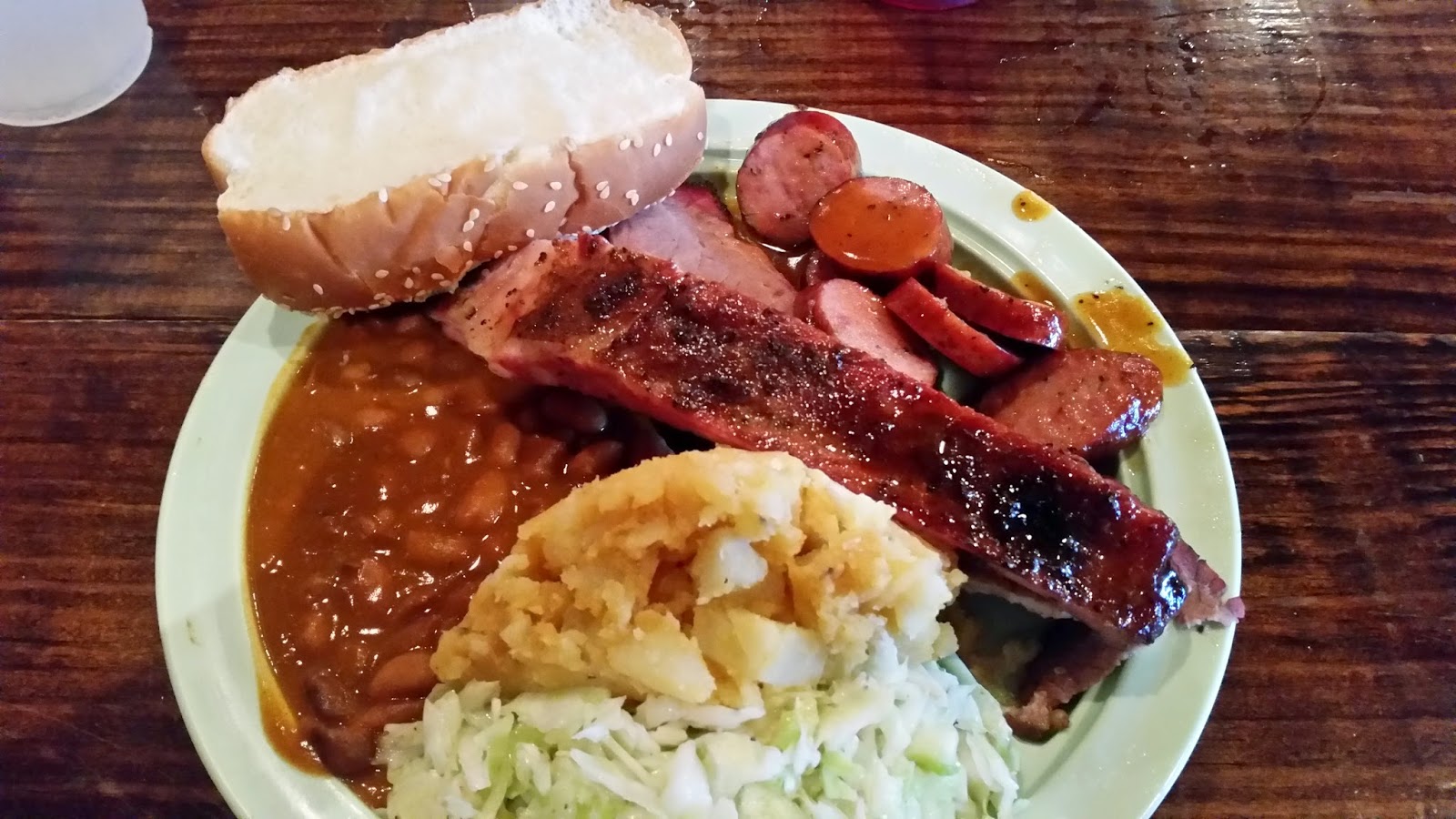 After dinner, Eric, Sunny, and Raymond left to meet their relatives that live around the area, which gave the rest of us a chance to explore Downtown. 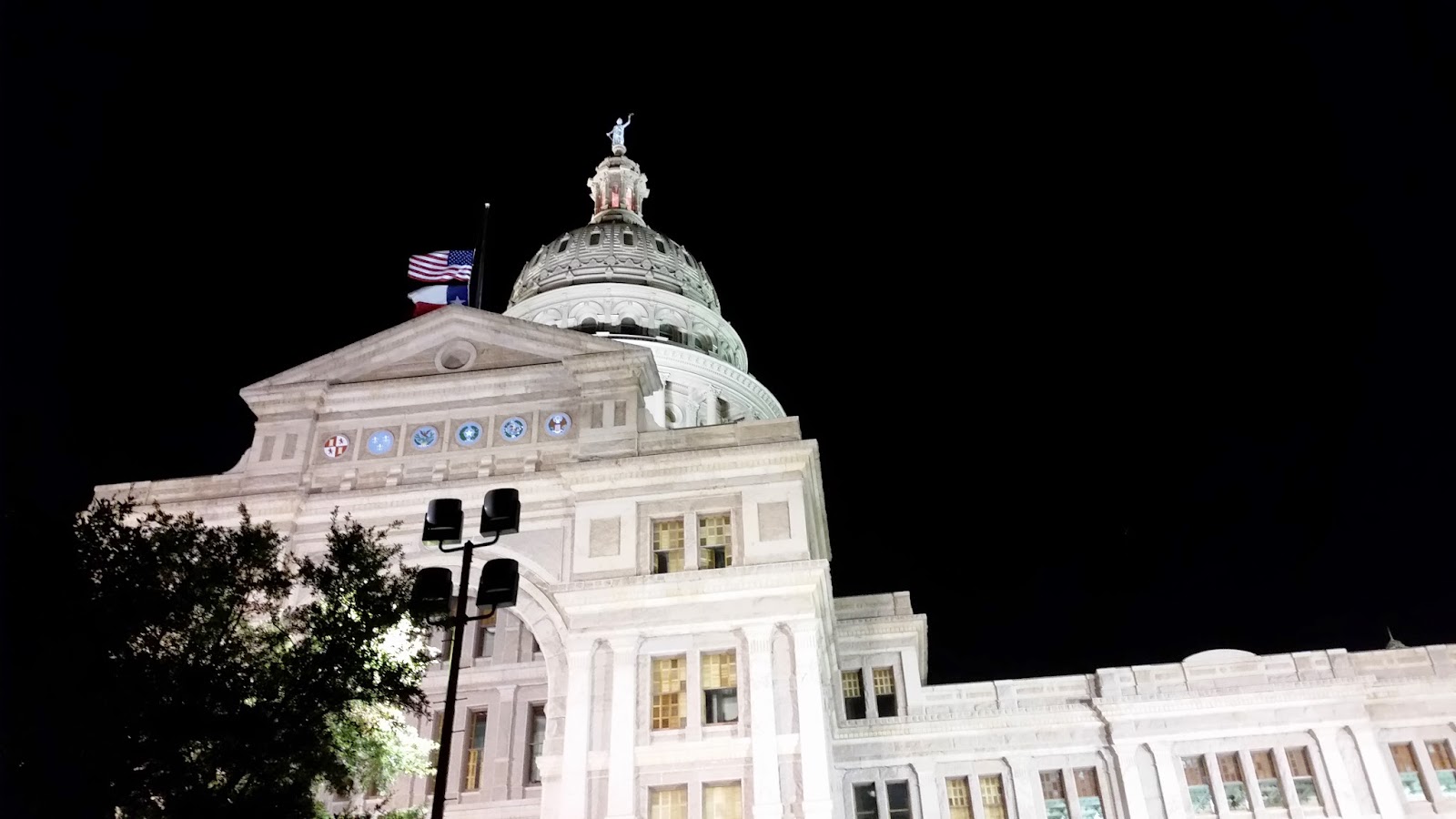 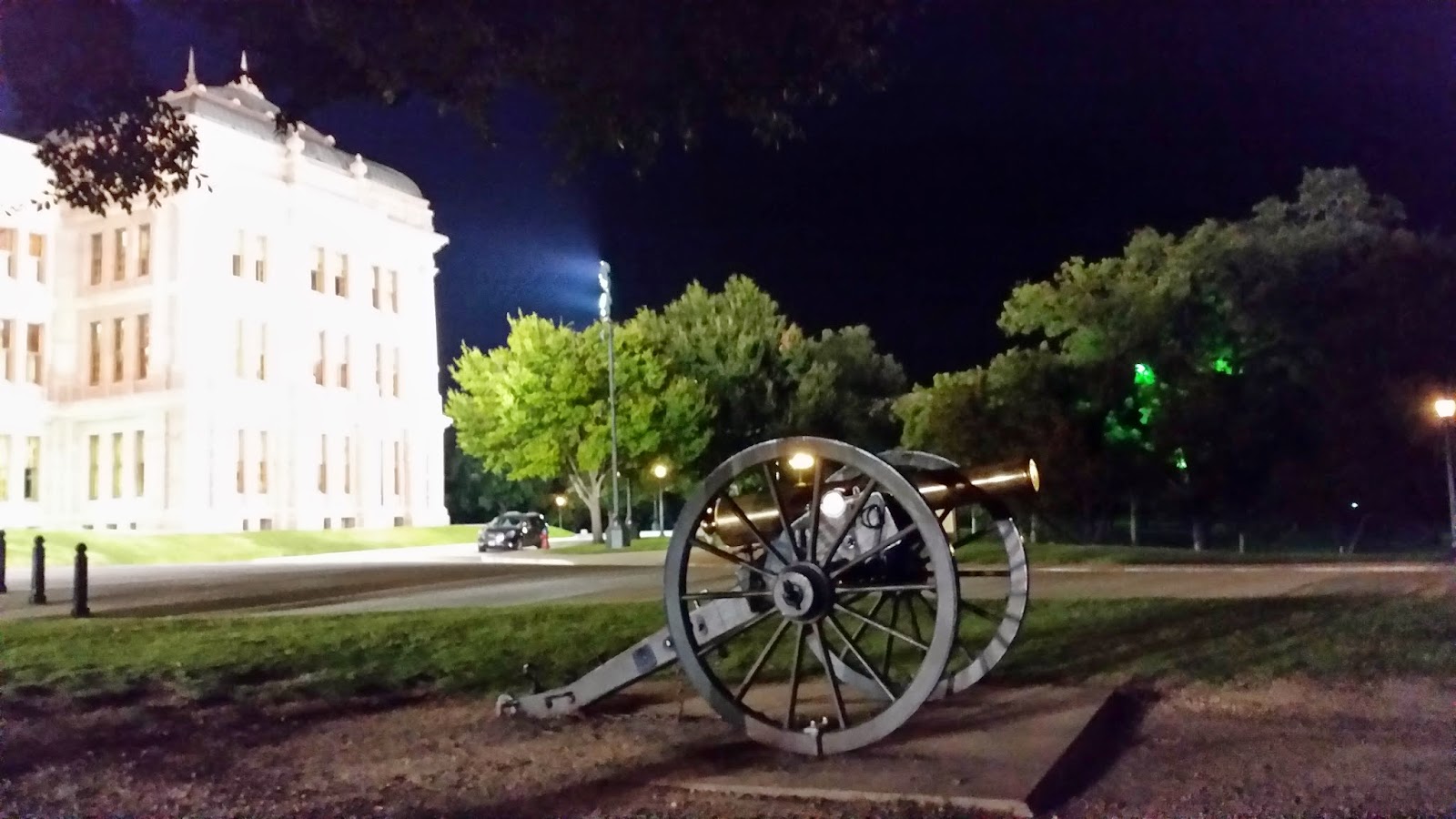 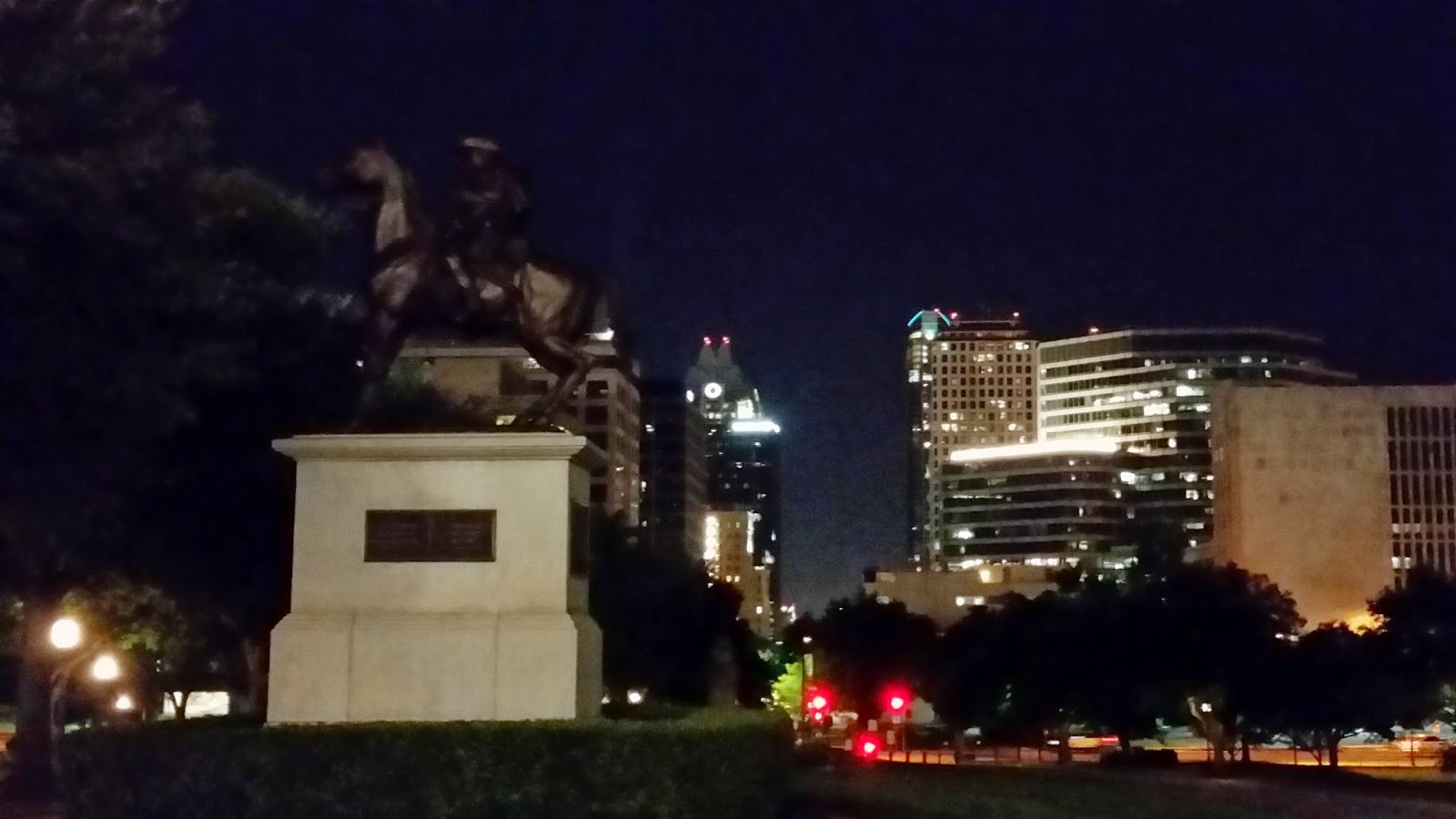 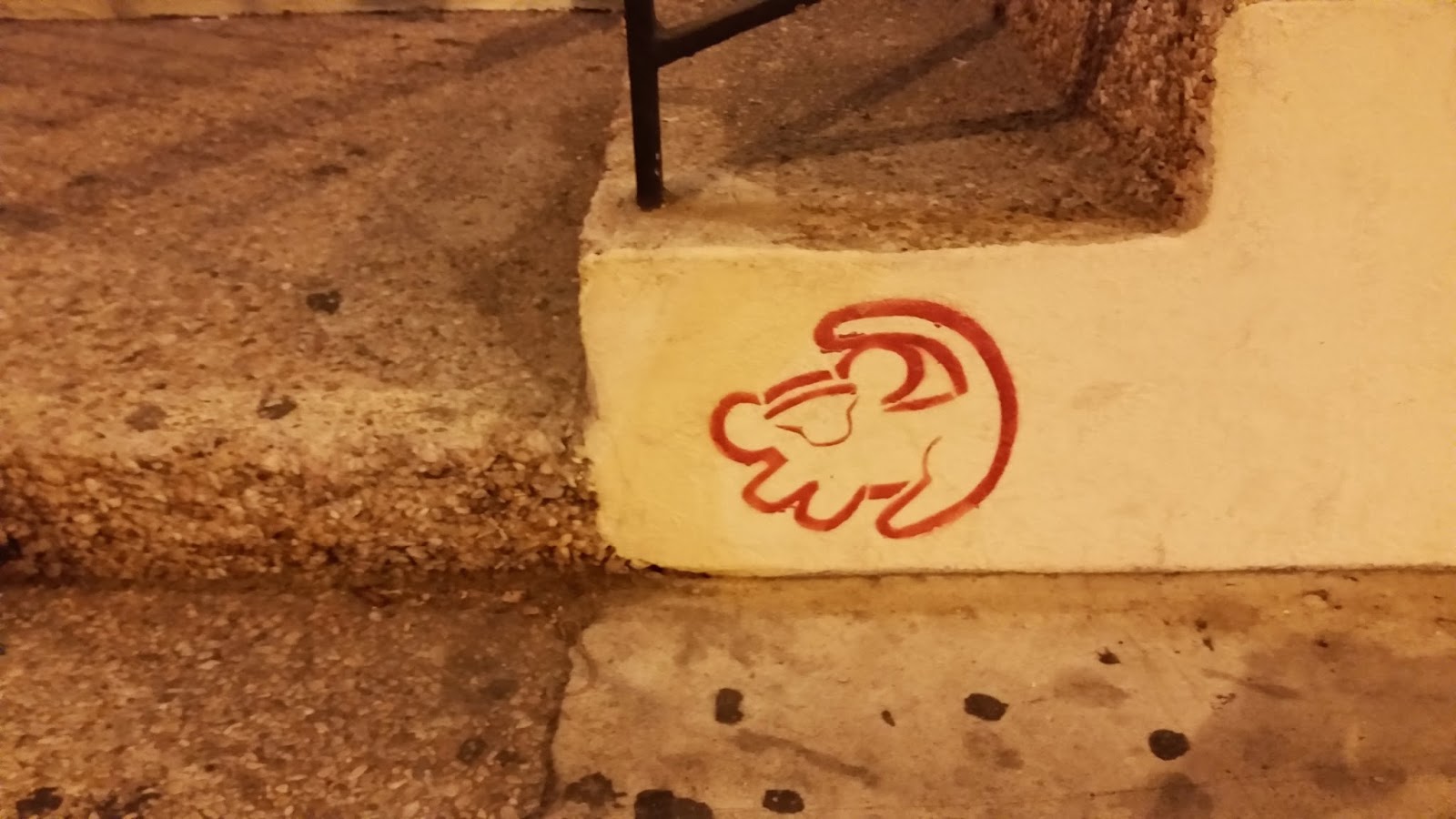 To end the night, we somehow convinced everyone to check out the Nerd Rap Throwdown, which is exactly what it sounds like. It was ridiculous. 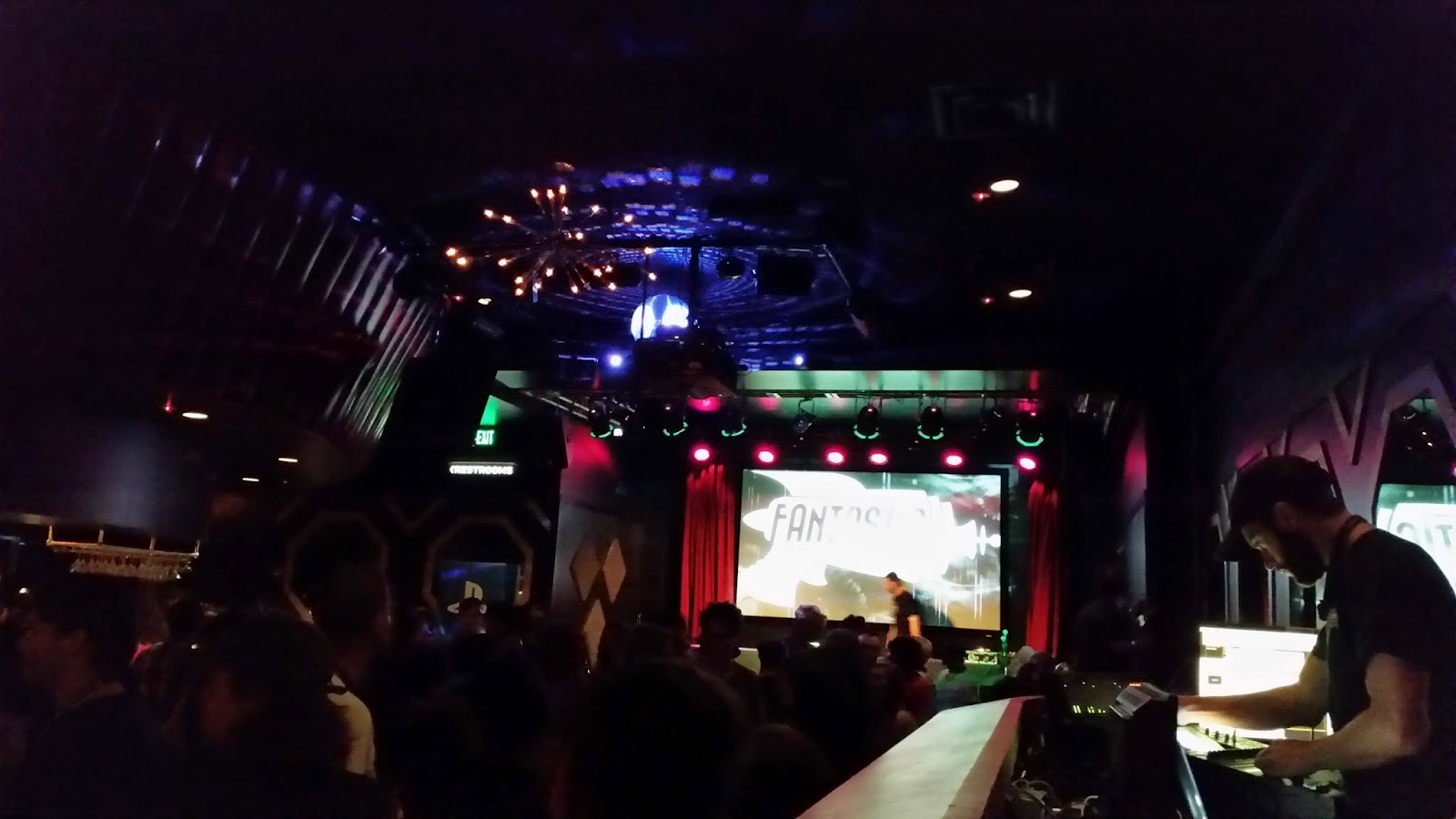 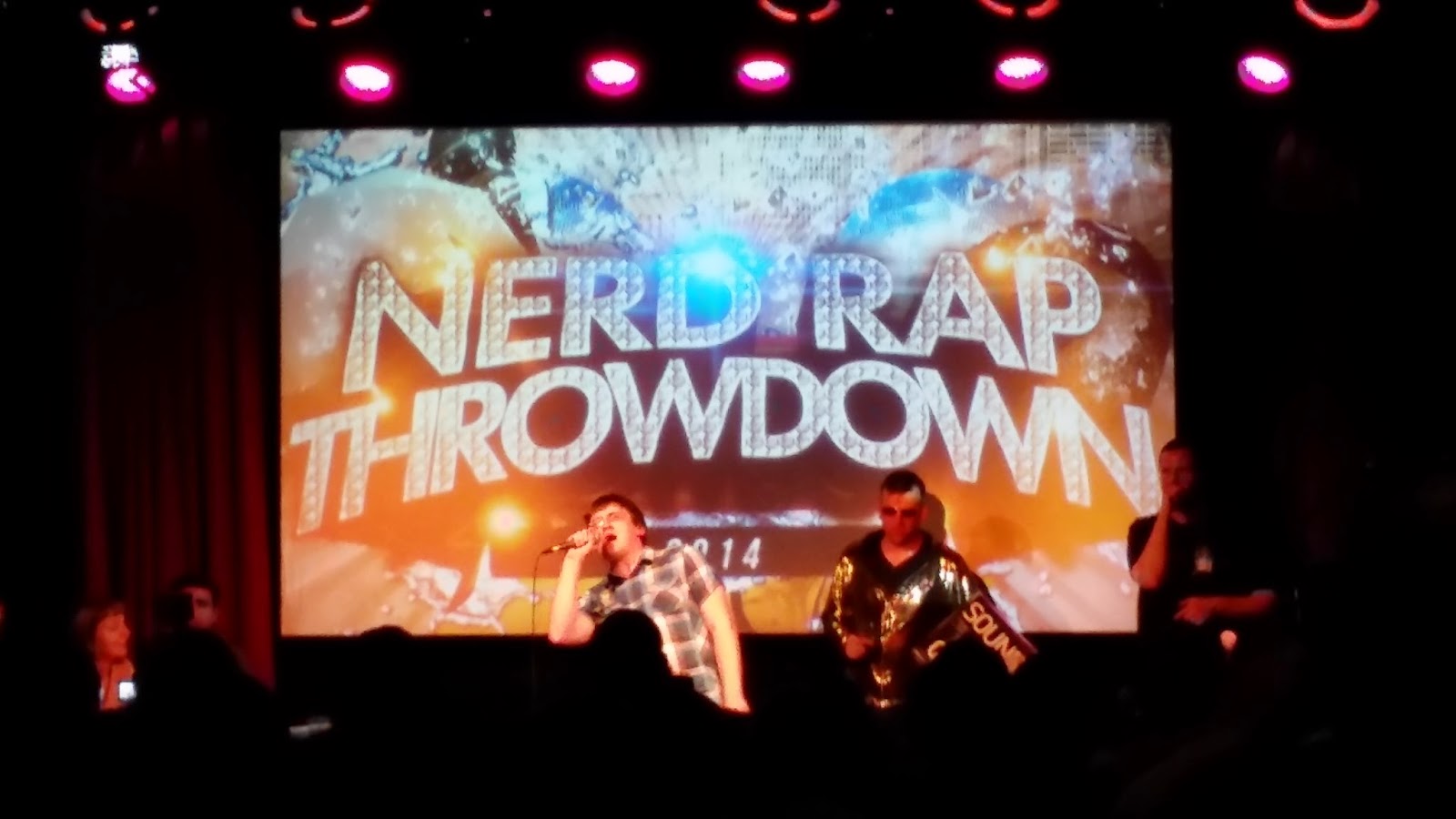 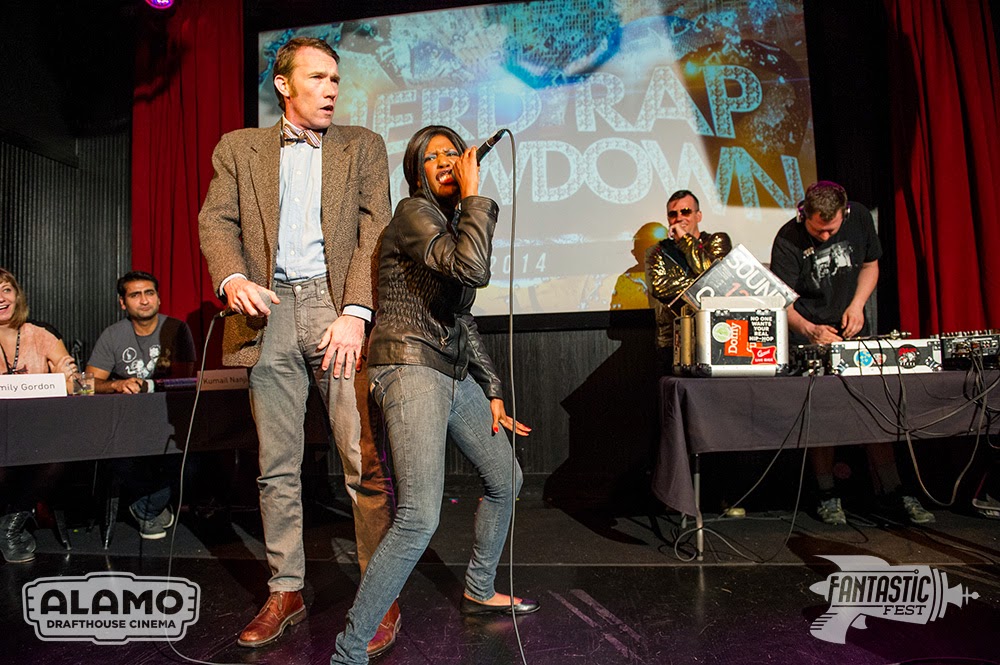 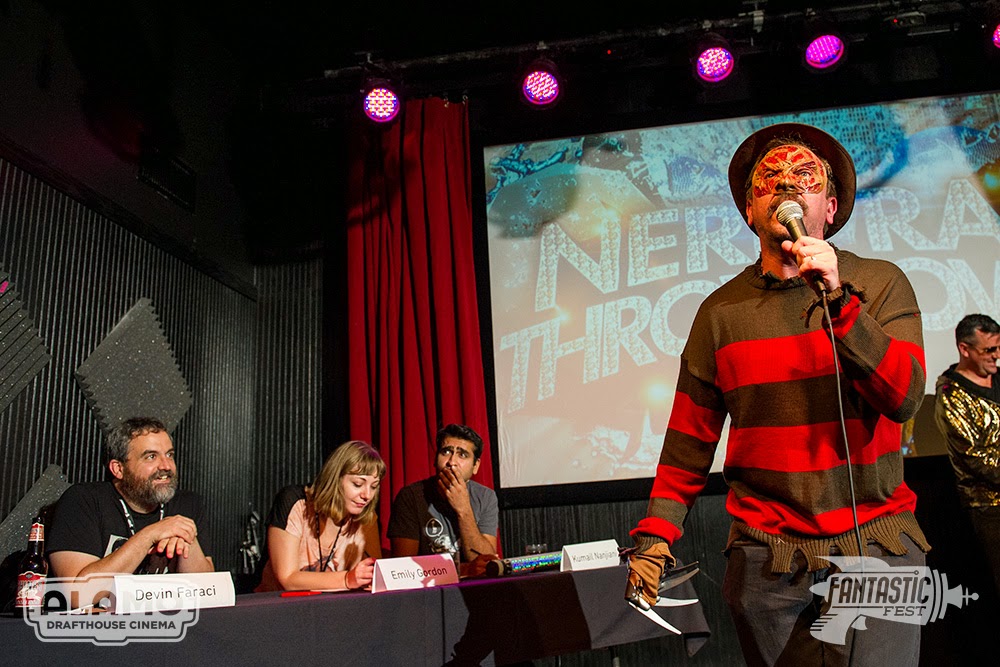 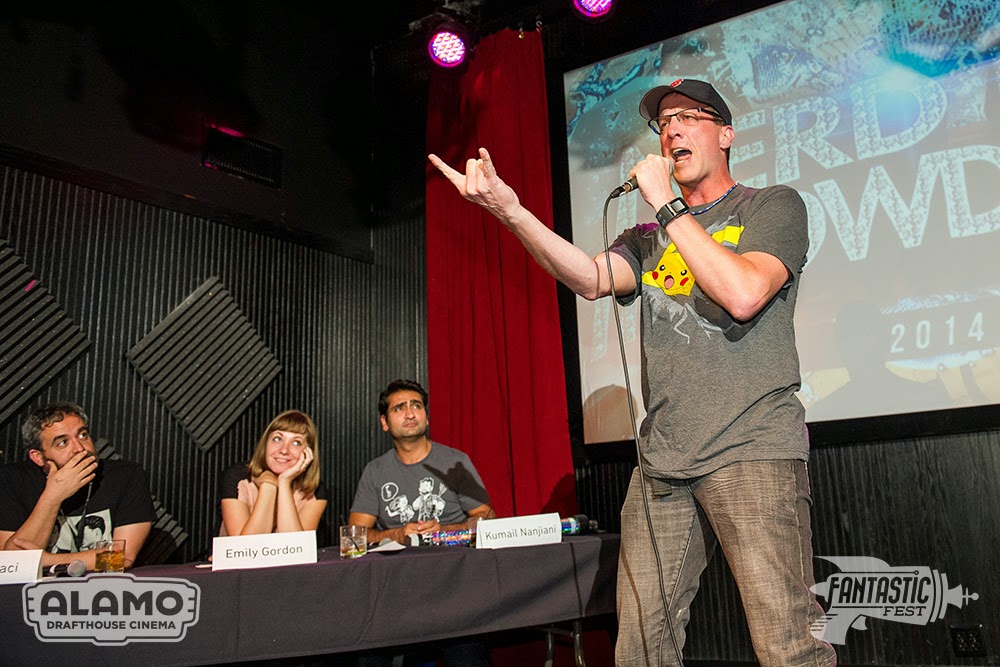 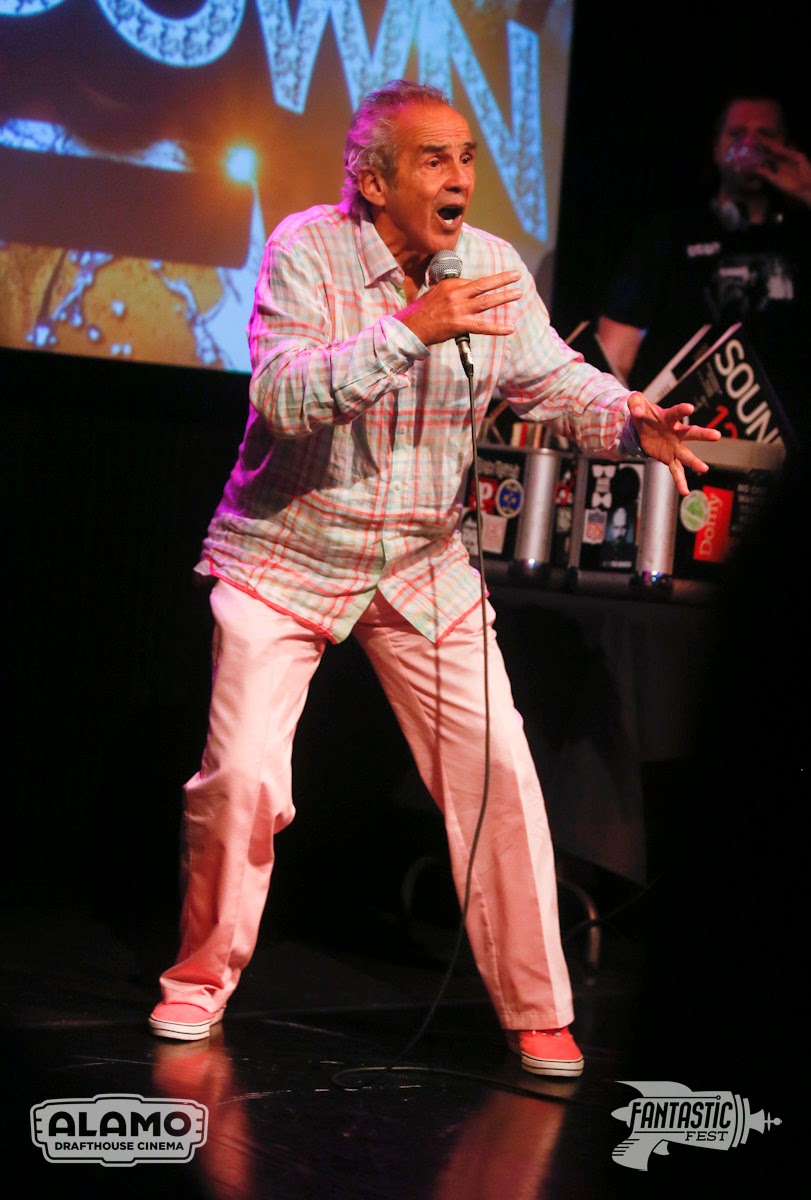