It's been over a month since my last review. I really am hopeless. 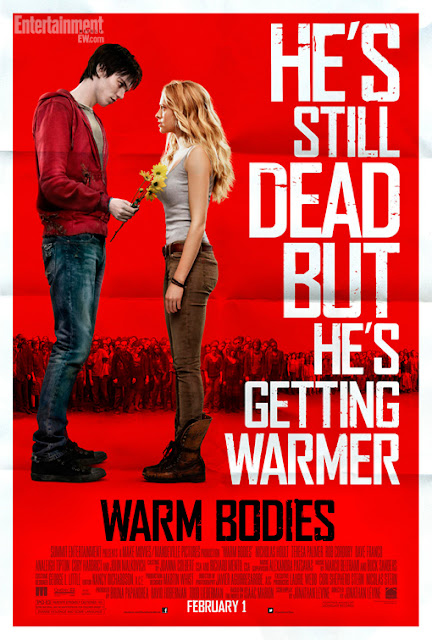 I saw this movie back in February, and I don't remember much from it. Which tells you all you need to know, doesn't it? It's forgettable, but also cute and sometimes funny. The central story of a Romeo and Juliet-type romance between a zombie and a living girl is actually a neat idea, but the movie doesn't do that much with it. There's also a clever twist on the anti-Twilight theme of the guy trying to turn into a human for a girl (instead of the girl trying to leave her humanity behind for a guy), with the added bonus of Teresa Palmer looking like Kristen Stewart's blond sister. I'm not sure if that was intentional on the director's part, but I hope so.

All in all, it's entertaining and it doesn't overstay its welcome. But there's not enough meat on the bones to fill me up. Again, cute but forgettable.

THIS IS THE END Red Band Trailer

This could be the funniest movie of the year. I'm gonna be all over this.
at April 01, 2013 No comments: