I was going to start this off by stating that 2011 was not a great year for movies, but then I had déjà vu. Same complaints from 2010 apply here, and looking at the horizon I'm not expecting much from 2012 either. There was, however, some pleasant surprises in the quality of films that I had passed off as unnecessary sequels and prequels of their respective franchises. RISE OF THE PLANET OF THE APES. X-MEN: FIRST CLASS. FAST FIVE. MISSION IMPOSSIBLE:  GHOST PROTOCOL. All were really good. 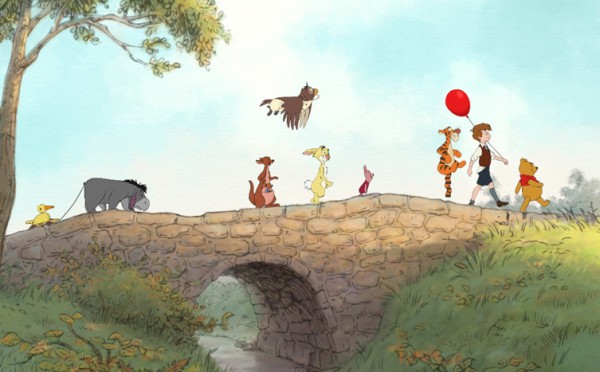 "Blugadeebloo!"
"A simple 'Hello' would do, thank you very much."

I'm sure I'm already blowing some minds with the inclusion of this. Those whose said minds were blown obviously haven't had the pleasure of watching this wonderful movie -- filled with gorgeous storybook-style animation, a timeless story and theme, and just great fun. Remember fun, boys and girls? My (future) kids will love this. 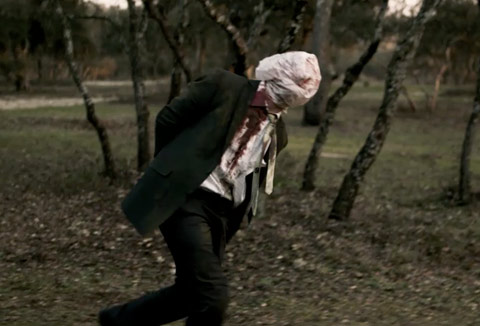 "Please, I don't want to see your face."

Remember when I mentioned fun? Well, forget about it. If you have fun watching this, you need therapy. (Let's go together.) This may seem like another one of those home-invasion-torture-porn that's being released every other month, and it kinda is... except it's made by Spaniards, who have been kicking ass and taking names in the horror genre recently. There's a split-screen sequence near the end that I don't think will be topped for quite a while. 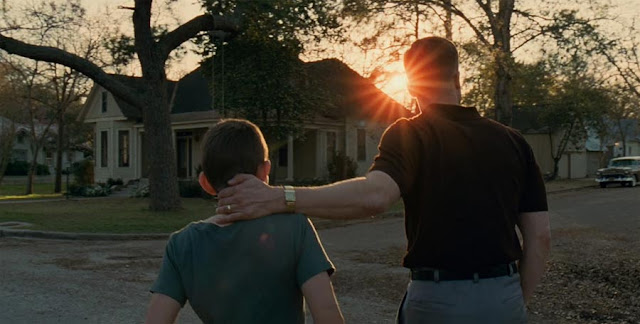 "Where were you when I laid the foundations of the Earth, when the morning stars sang together, and all the sons of God shouted for joy?"

The people who went to see this expecting some family drama with Brad Pitt probably walked out after the first 20 minutes of incessant whispering and hushed voiceovers without any semblance of plot. If not by then, probably the point when Earth is being formed. If they somehow make it through that, I'm sure they huffed out of  the theater after the two dinosaurs showed up. And if by some miracle they make it through that and stay until the end credits roll... well, at least they saw the whole thing and they have the right to say that the movie sucked. I guess what I'm trying to say is, I understand if you hate this movie. So please, return the favor and understand when I say I hate TWILIGHT and I want to kill its babies. 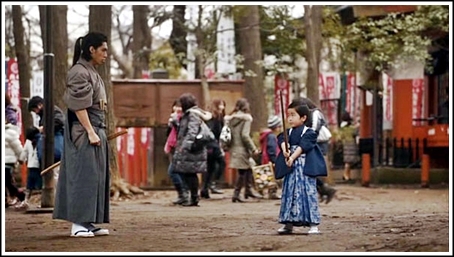 Let's move on to something more pleasant. Another family film! (yay) From Japan! (WTF) Sure to be another movie night hit once I procure the DVD. (Why do you hate Blu-ray, Japan?!) 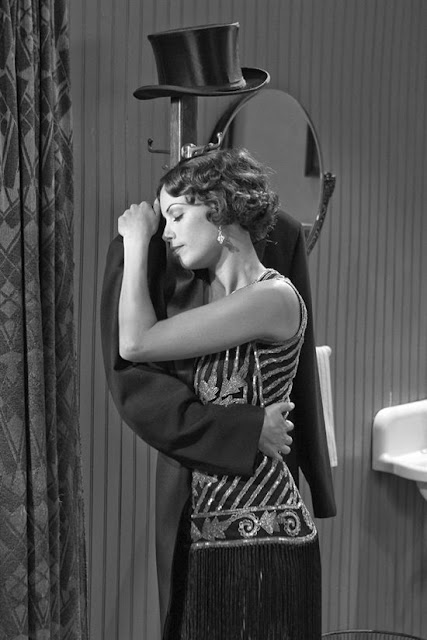 Looks to be the favorite to win big at the Oscars, which I'm glad about. But leaving out Ryan Gosling and Michael Fassbender, both of whom had a huge year, from the Best Actor nominees just makes me care even less for this year's awards. 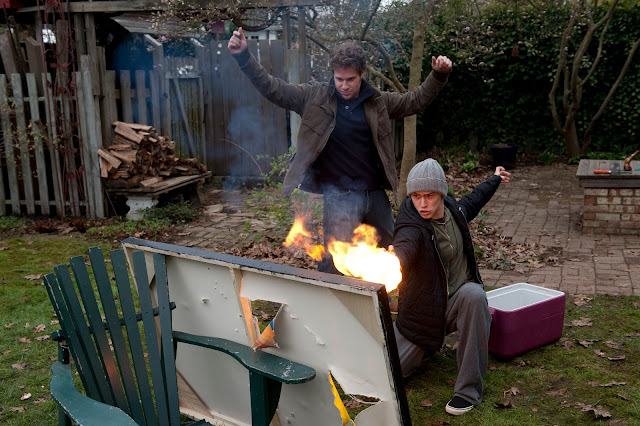 "You could have totally fucked the shit out of that girl."
"No one wants to fuck me. I look like Voldemort."

I'm not really talking about the movies themselves, am I? Okay, let's get back on track. This was a truly great comedy about... cancer? Yeah, cancer. I guess we're just few steps away from seeing a comedy about the Holocaust or 9/11. Can't wait. 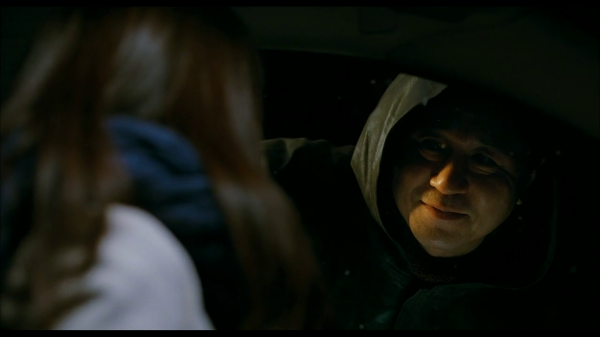 Ahh, finally my Korean film requirement for this list is fulfilled. Choi Min-Sik comes out of his long hiatus (5 years?) to remind everyone that he's in a league of his own when it comes to acting, in Korea and the rest of the world. And Lee Byung-Hun gets to kick ass and shed some manly tears, business as usual. Best serial killer film since SE7EN. 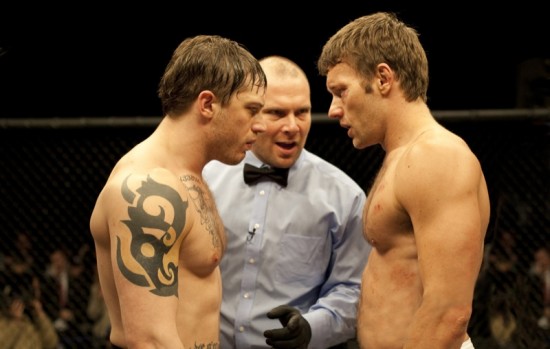 Speaking of manly tears... I just need a minute. So a lot of people are labeling this ROCKY for the MMA audience. But this reminded me more of CRYING FIST, a Korean boxing drama about two guys, young and old (Choi Min-Sik again!), facing each other in a tournament. You spend two hours following both their lives -- their backgrounds, their struggles, and their training -- so by the end you're torn on who to root for. You want both of them to win, DAMMIT. So WARRIOR is kinda like that. 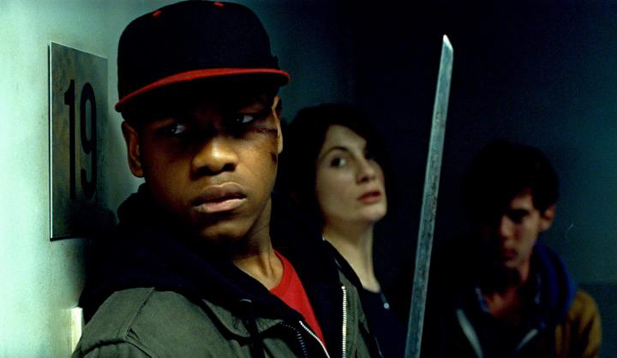 It's the SCOTT PILGRILM of 2011, a hidden gem that bombed at the box office but for those that saw it, they had a mini-classic on their hands. It's a little ironic, since director Joe Cornish is buddies with Edgar Wright. Influenced by old-school John Carpenter flicks, this was a refreshing take on horror-action-comedies with characters that you grow to love as they grow from immoral thugs to protectors of their titular block. Character arc, people. Writing 101. Is that so hard, Hollywood?

Despite having a frustrating in-theater experience (with couple of girls sitting behind us that kept giggling at the awkward silences between Ryan Gosling and Carey Mulligan), this movie left me dazed and strangely satisfied. The intro set-piece is absolutely perfect. The elevator sequence is unforgettably beautiful and horrifying at the same time. The scene when the Driver is going after Nino on the beach... my God. Coolest and best movie of 2011. However... 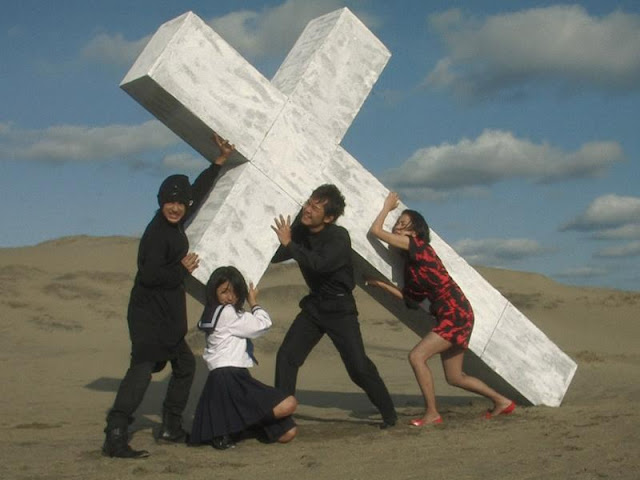 This was technically the best movie I saw in 2011. But it had originally been released in Japan in 2008, and was never released in the U.S. I got to see it through a special screening at the Cinefamily, which only had a one-week run. Since it is 3 years old, I couldn't put it on the list officially. But I still wanted to give it a special mention, because this needs to be seen. Please, it's just a 4-hour movie about a cross-dressing Catholic boy with a special talent for upskirt photography that falls in love with a streetfighting lesbian schoolgirl. If you're not interested in watching something like that, then I don't want you in my life.
at February 11, 2012 No comments: