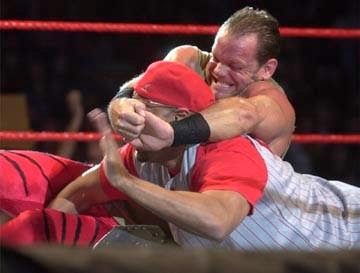 He was found dead earlier today at his home in Atlanta, with his wife and son. He was my second favorite wrestler of all time.

Tonight's RAW was a tribute show to him. They showed his championship match at Wrestlemania 20, when he made that assmonkey Triple H tap like a chump. Greatest moment in wrestling, ever.