"By the power of greyskull!" 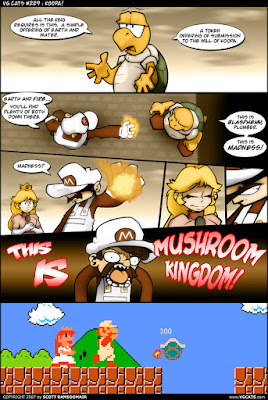 The 300 parodies just won't stop comin'. As long as they're good, no complaints from me.

Hot Fuzz was pretty damn great. I do like Shaun of the Dead a little more, though. But then again, I've seen that movie way too many times. The Fuzz will grow more on me after repeat viewings.

Our FBA team is 2-2 now. I don't get why other people say our team is stacked. Those same people are the ones with much better records than us. And any team that has me can't be labeled "stacked." Except for the old fogy team. Man that team is stacked.