Okay. I'm finally done. Frankly, 2006 was a lot harder to do than 2005. Remember, this is a very subjective list. I just hope that if you missed any of the movies on here, maybe this would somehow motivate you to seek them out and see what the fuss (from my end) was all about. Come on, indulge me a little. Without further ado, here's my list of top ten movies of 2006. 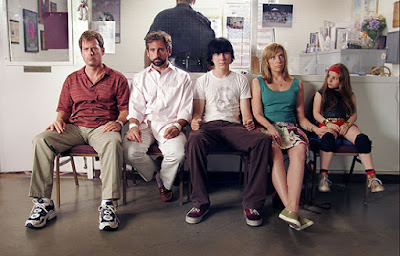 Sam is not going to like the fact that this is on here. That makes me happy. The movie is a little formulaic, but that's not a big issue as long as the formula is done well (right, Amy?). And it's done pretty well here. I was largely won over by the cast, especially with Alan Arkin (Grandpa) and Paul Dano (mute-by-choice Dwayne). And hey, I believe this is the first time I heard a Sufjan Stevens song used in a movie, unless I'm mistaken. 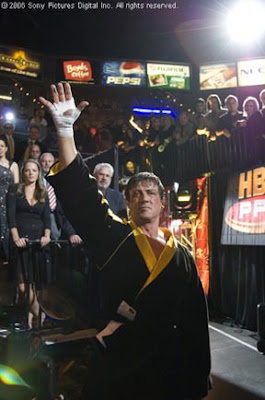 I rolled my eyes when I heard that Stallone was making another Rocky flick. He's 60 years old. Number 5 sucked. He hasn't made a good movie in 10 years. Months went by. Then I saw the teaser. Okay, that doesn't look too bad. Another couple of months later, I saw the trailer. Dammit, they just had to use "Eye of the Tiger," didn't they? And "hurtin' bombs?" Oh that Duke. Then Stallone went on aintitcool.com and did 20 Q&A sessions over 20 days, just before the movie premiered (you can check them out at this link). He won me over, that big lug.

Oh, and the movie? It was great. It's a very fitting conclusion to the series. (Let's just forget ROCKY 5 happened, okay? This is the real ROCKY 5.) I got teary-eyed at the end. Who says I have no emotions?! 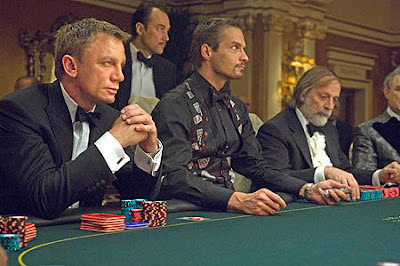 I was never a big fan of James Bond movies. I mean, I liked them when I was a little kid. But when I watch those movies now, I see just how silly and cartoonish they are. A guy who kills people with his hat? Mike Meyers wasn't exaggerating (too much) with Austin Powers.

They needed to reinvent Bond. Start fresh. So they got the director of GOLDENEYE to do it. /sigh

Yet, it's good. Really good. Daniel Craig is an asskicker. People complained he wasn't pretty enough. Excuse me? He's a SPY. I never got the whole "James Bond is a suave pretty boy drinking martinis all day" thing. That's actually not how it is in the books, according to those that read them. (I haven't.) Yes, there are James Bond books. The books came first. SHOCKING, I know. Anyway, that whole "pretty" thing started with Roger Moore and culminated with Pierce Brosnan. They were good, but they are not asskickers. People also complained that this new Bond is too rough. He's too thuggish. Not as smart. Made too many mistakes. Well, DUH. This was his first real mission as 007. This was the origin story. This was BATMAN BEGINS for Bond. Did you do everything perfectly on your first day?

Okay that was way too long, and all I did was defend the new Bond flick, as if it was a bad movie. It's not. It's awesome. It's my favorite. You want action, you got it. And all the "complaints" I think are actually what makes this Bond interesting, to me anyway. I like that Bond makes mistakes. I like that he gets dirty and bleeds. Eva Green was icing on the cake. Screw the haters. 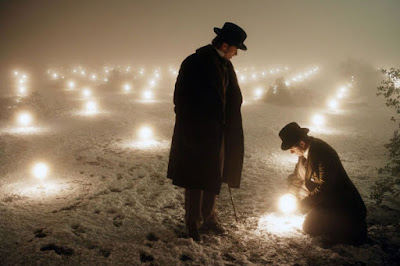 Every year, for some unknown reason, two movies come out that look and sound remarkably similar. End of the world with ARMAGEDDON and DEEP IMPACT. 9/11 with WORLD TRADE CENTER and UNITED 93. Volcanoes with, uhh, VOLCANO and DANTE'S PEAK.

For 2006, it was magicians. And this was better than THE ILLUSIONIST (which seemed like THE USUAL SUSPECTS in period costumes). Finally we get an answer to the eternal question: Who would win if they fought against each other? Batman or Wolverine?

Like I would spoil it for you. Go watch it for yourself.

6. JACKASS NUMBER TWO
directed by Jeff Tremaine
written by (Are you kidding me?) 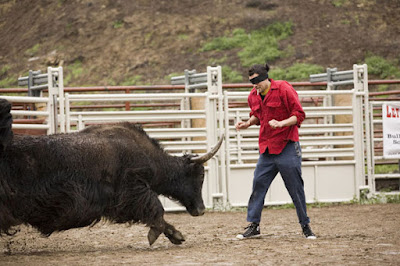 I have never laughed and cringed as much as I did while watching this movie. Yes, I know it's just clips of guys doing stupid things. And it's brilliant. I find it quite tragic (and funny in an ironic and morbid way) that these guys are still alive but Steve Irwin isn't. 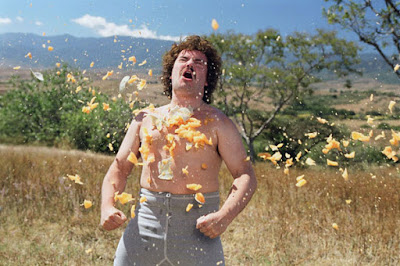 I want to be best friends with Jack Black. People say he always acts like himself in movies, and I don't care. He's the most consistent actor when it comes to making me laugh. I would watch him read a phonebook (in that Spanish accent) for 2 hours. I would even watch that crappy looking romcom with Cameron Diaz and Kate Winslet because he's in it. So yeah, I'm a little biased when I say that this is the funniest movie of 2006.

4. THE FOUNTAIN
written and directed by Darren Aronofsky 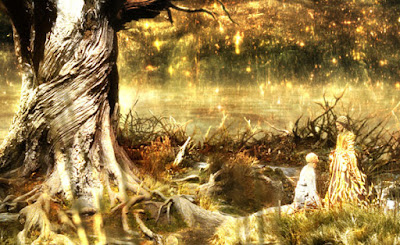 I remember when I saw this at the theater, as the credits started rolling at the end of the movie, the guy that was sitting 2 rows in front me stood up and said "This is my favorite part. The end!" The group that was with him laughed and walked out, probably heading to the box office for a refund.

That pretty much sums up how this movie will play out to the general audience. But I loved it. I'm not saying I'm better than that guy I described above. I'm not saying I'm smarter than him. I can't even tell you why I love the movie. I just do. And I can't stop thinking about it. Go rent the DVD when it comes out and give it a try. If you don't like it, that means you're stupid. 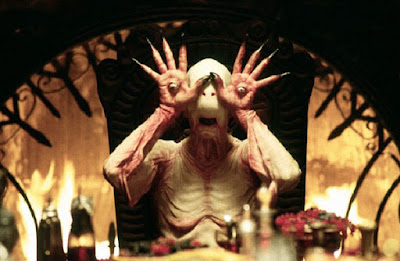 Hype is a powerful thing. Too much of it can ruin things, especially for movies. I've heard nothing but glowing reviews for this film, and was expecting the best of the best. Of course, it did not meet those huge expectations. But this was still pretty damn good. Just don't expect a crazy fantasy flick. It's actually more about the Spanish civil war with bits of fantasy elements here and there. And the ending will cause a debate. Which side do you land on? 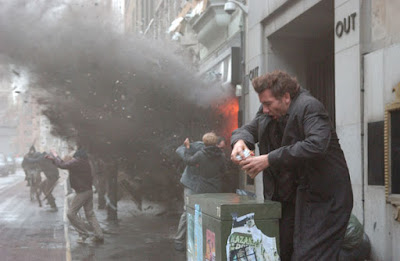 If you are not impressed by Alfonso Cuaron after watching this movie... I don't know what to tell you. Maybe you're blind? And Clive Owen is quickly becoming one of my favorite actors.

That's all there is to say. Go watch it if you haven't. 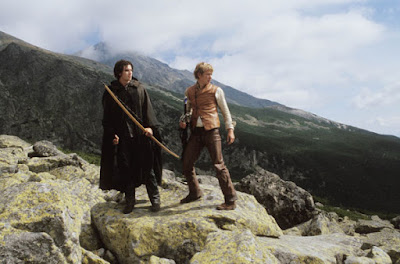 I'm just joshing with ya. 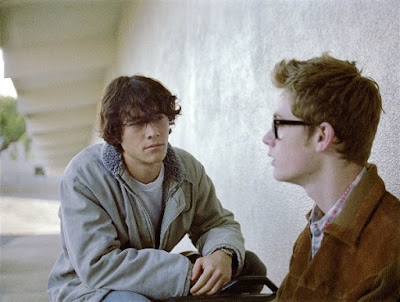 I've written a lot about this movie for about a year, so I'll just say one thing. This is the most impressive debut feature since Tarantino's RESERVOIR DOGS.